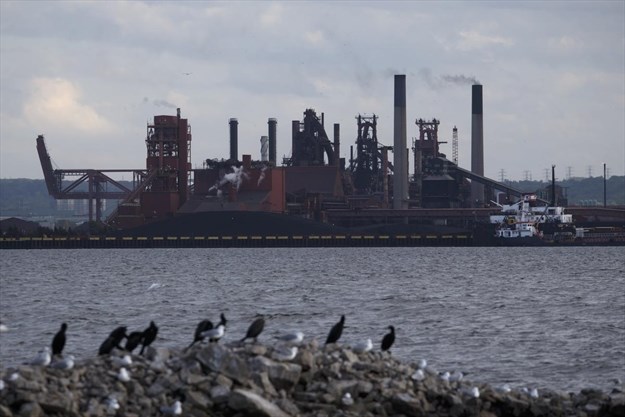 The current timeline for the restoration work under the "Preventative Measures Order" (PMO) runs out at the end of 2018. The company has asked the province for an extension through 2019 when it expects the work to be completed.

Members of the resident group Coalition Against Pollution and a local councillor have argued the province should deny the steelmaker's request. The topic incited heated debate at the community meeting at the company's Burlington Street headquarters.

"My frustration is it didn't start at the start of this order," said Lynda Lukasik, executive director of Environment Hamilton, pointing to concerns being raised back in 2009.

She said she feels frustrated when she thinks about why this work couldn't have been started back then.

The company is well into a $87-million, five-year infrastructure upgrade that features improvements to its aging coke-making and byproducts facilities, as well as the closure of its oldest plant. Those specific upgrades and the deadline are outlined in a provincial director's order made in 2014.

At Thursday's meeting, Crown Point resident Jochen Bezner, who is a member of CAP and the community liaison committee, asked what the implications would be if the province denied Dofasco's request.

Paul Widmeyer, the manager of the Hamilton district office for the Ministry of the Environment, Conservation and Parks, said if that happened, the company would be out of compliance with the order as of Jan. 1.

That could open them up to prosecution, he said.

After the meeting, Bezner said he was encouraged by the community engagement on the issue.

"The people care about it," he said. "I think that message also got sent to (the company) and the ministry."

"I'm still a bit concerned about what the final decision will be," he added.

Coun. Sam Merulla also wrote to the ministry urging a denial of the steelmaker's request.