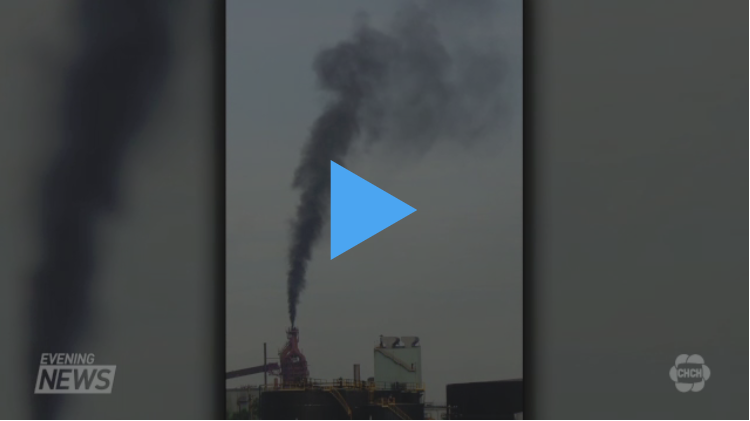 A massive black cloud was seen billowing out of a blast furnace from ArcelorMittal Dofasco on Friday.

The photos were taken by Lynda Lukasik from Environment Hamilton while riding her bike to work.

“I saw right when it started and it went on for over an hour and it was horrible.”

Lukasik described the emissions as being “intense” and blowing towards the Hamilton beach community.

AreclorMittal Dofasco wouldn’t appear on camera but says the smoke was largely carbon and coal, the result of emissions being released from a safety relief valve. It happened when iron makers were starting up the blast furnace after it was down.

This isn’t the first time Dofasco has faced these issues. They were fined over $162,000 earlier this year for blast furnace emissions that happened in February of 2015.

The company says, “we unfortunately experienced two distinct sudden and unforeseeable bleeder emissions from No. 2 blast furnace” and says the problem has now been stabilized and is being investigated.

Residents are being asked to call the Ministry of Environment to report any problems on their property as a result of the emissions.