Findings will be shared with the city 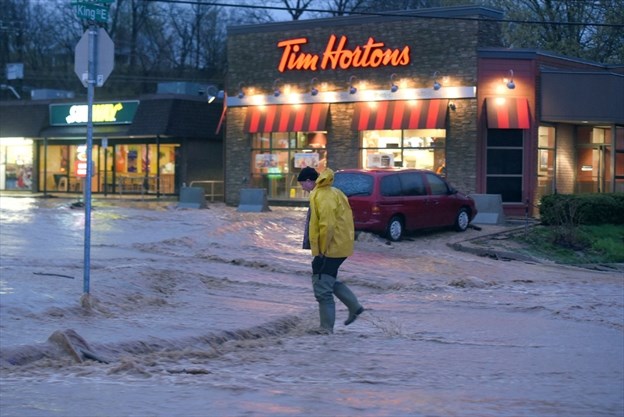 Environment Hamilton is hoping to gauge city residents' awareness on climate change and expected consequences such as extreme heat and flash flooding.

Over the course of 27 questions, an online survey on the non-profit group's website asks people to indicate how much they feel they know about the issue, and which impacts concern them most.

Climate campaign co-ordinator Ian Borsuk said the results will inform adaptive strategies and a series of public workshops on climate change Environment Hamilton expects to begin hosting in the next few months.

He said the survey's findings will also be shared with the city, which provided an $11,000 grant for the workshops.

"We want to explore and work on education for folks who are also maybe not too familiar with how extreme, extreme heat is going to get in Hamilton," Borsuk said.

"There's the practical aspect of, 'OK, how can we react to these changes our city is going to be going through?'"

Besides severe weather events, the survey highlights a range of other expected impacts, including on farmland, natural areas and parks, the city's tree canopy and the availability and price of food.

Borsuk said climate change is bringing other side effects, like invasive species and the loss of pollinators, but fewer and more intense rainstorms and snowfalls are obvious pitfalls because of their potential to overwhelm infrastructure.

"With the extreme heat and the milder winters we're also seeing things like increased tick populations in Hamilton, where the amount of ticks people were finding on themselves this past summer was alarmingly high," he said.

"Unfortunately, that's going to be the trend going forward, in that the winters are milder, so the ticks are able to survive longer and they're only going to come out stronger in the next following summers."

Borsuk said more than 500 people have already filled out the survey, and urges anyone still wishing to participate to do so at environmenthamilton.org by the end of January.