Public transit is a vital service to all cities that help residents get to where they're going efficiently and affordably. However, we at Environment Hamilton also know that increasing service and expanding public transit in Hamilton will help us both mitigate and adapt to climate change. With the immediate effects of reduced congestion, better air quality, and better quality of life for all 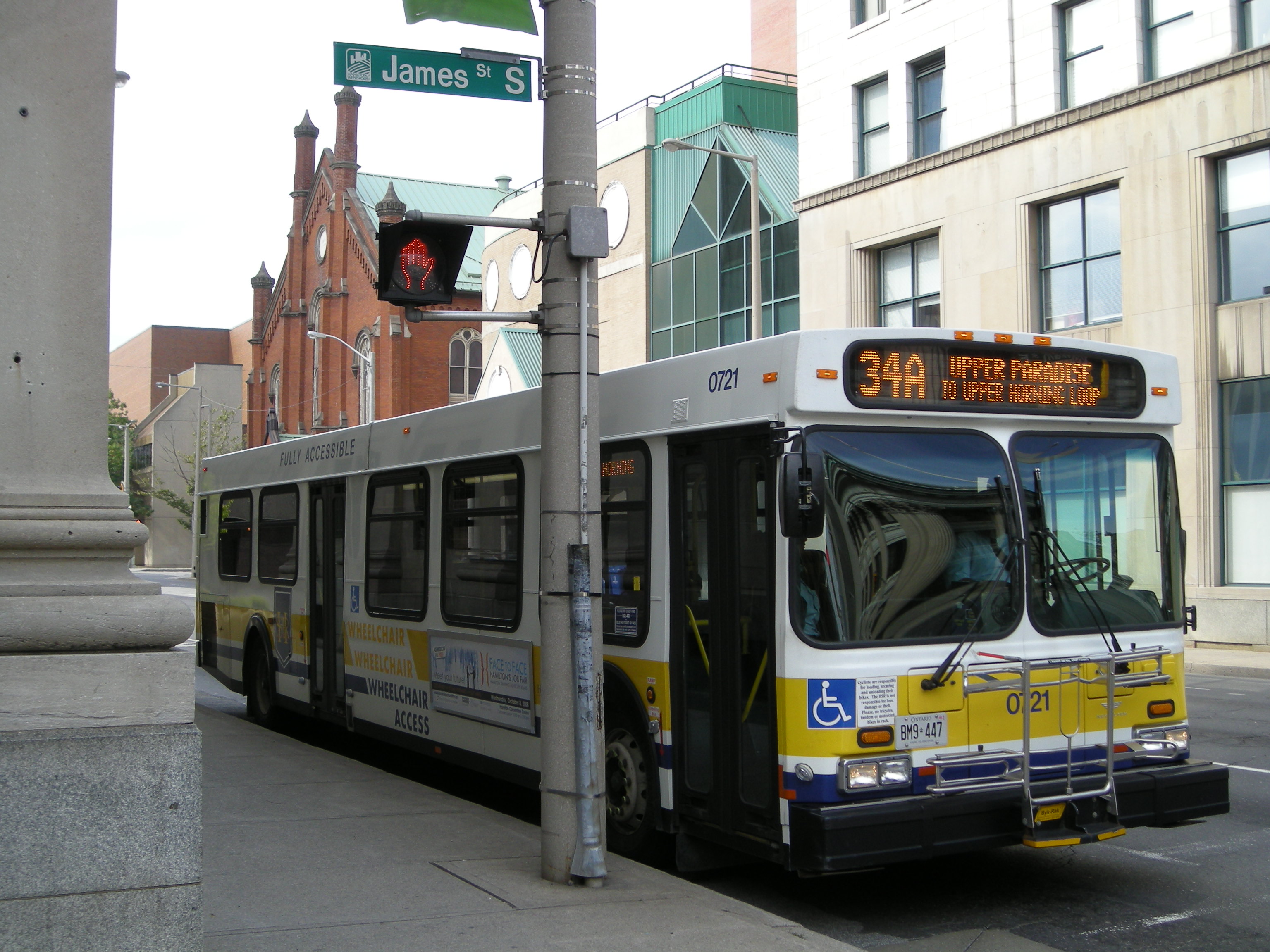 Hamilton has been making policy changes and improvements, as shown by stable or decreasing annual greenhouse gas (GHG) emissions from various sectors. However, transportation emissions are continuing to rise annually, which needs to be addressed. Over 1.3 million tons of CO2 was released by transportation-related activities in Hamilton, 76% of which came from light road vehicles (cars). Most of these emissions are from single occupant vehicles. While this could easily be resolved by a more frequent use of public transit, many Hamiltonians want safer and more accessible bike lanes, and the HSR simply isn’t reliable enough for many Hamiltonians to make the switch. Ridership has been steadily decreasing, and dropped over 6 million rides between 1980 and 1991. In October 2017, there were over 1800 hours of cancelled service by the HSR. Even if service was improved, a lack of accessibility due to stop locations and ramps means that not everyone is able to access this form of transportation, a problem that should be heavily prioritized.

Improving service requires increasing budgets and prioritizing the HSR, which we unfortunately have not been seeing from city council. Hamilton, like other municipalities, receives gas tax funds from the provincial and federal government to put towards sustainable infrastructure and transit. While most cities put about 40% towards public transit, Hamilton spends the vast majority on road maintenance and repair. While fares continue to rise for passengers, it seems as if service continues to become unreliable. The city passed the Ten Year Local Transit Strategy in 2015, promising improved service and implementing various strategies. However, funding was deferred in Year 3, delaying service expansions. As well, Hamilton is currently the only city in the province with area-rate cost system, where wards pay different amounts for the HSR through taxes. Eliminating area-rating would increase HSR funds, and thus service, as well as allow for a more even distribution of service throughout the city.

What you can do

Click here to learn more about area rating - a system where the amount you pay to the HSR through residential taxes varies depending on where you live in Hamilton. This system causes underfunding and a disconnected city, which is why we are calling for Council to eliminate area rating. To order an area-rating lawn sign, click here, or talk to your local councillor or ward candidates about area-rating. 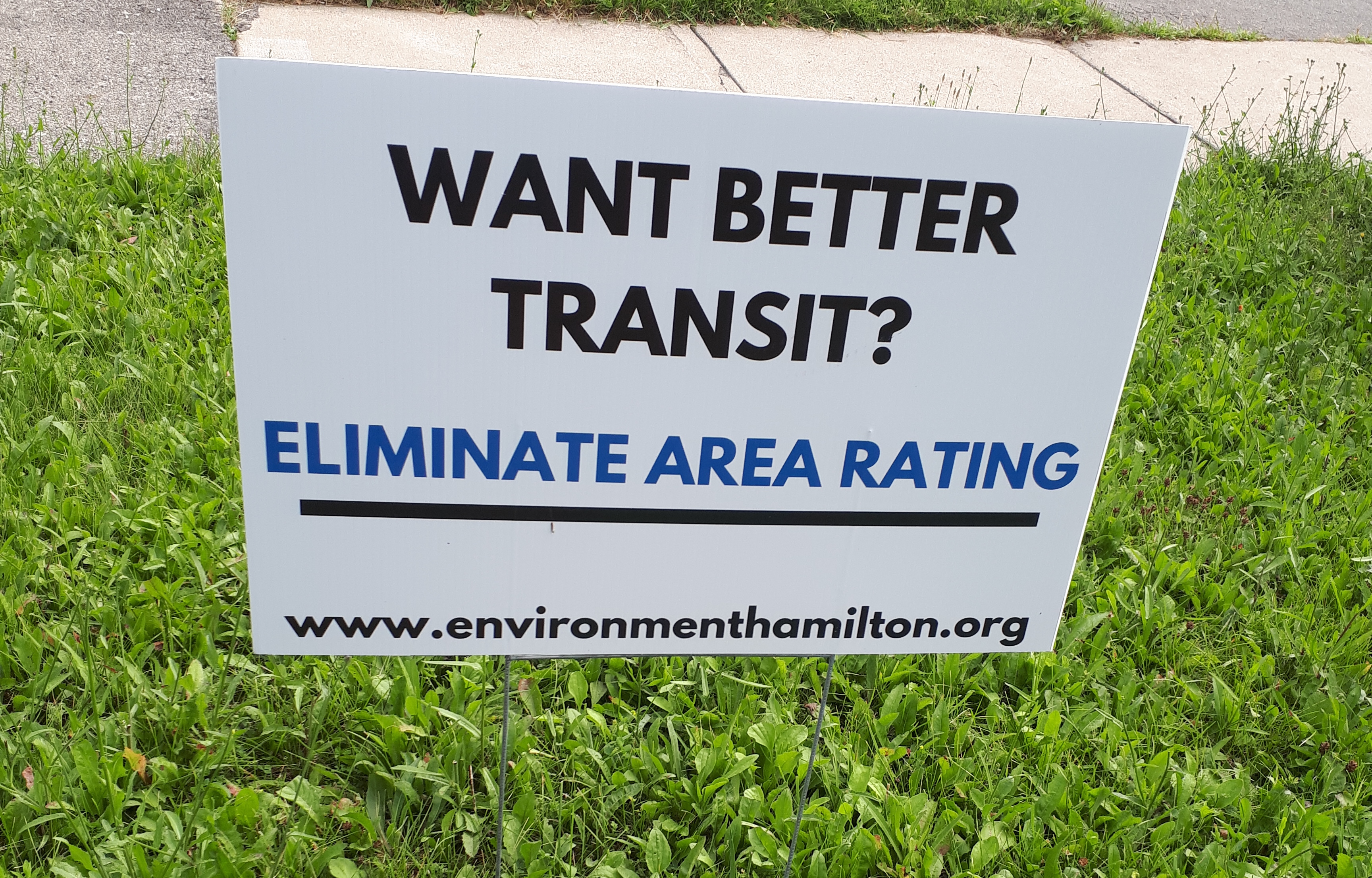 You can also help by signing our Fix the HSR petition, which calls on Council to increase funding for the HSR - the first step in addressing this problem. You can also find more information on the petition page.