Biodiversity (nature) is the variety of life on Earth.  It includes all living things and the ways they interact with each other and their environment.  Simply put, biodiversity is life. Biodiversity is about connection.  All species, including humans, depend on each other to survive.  We depend, directly and indirectly, on biodiversity for clean air, water, food, and amazing outdoor experiences.  Conserving and restoring Hamilton’s biodiversity is important because healthy ecosystems sustain healthy people and a healthy economy. Hamilton is part of a biodiversity hotspot that includes many different habitats which support hundreds of different species including birds, fish, plants, butterflies, and mammals. 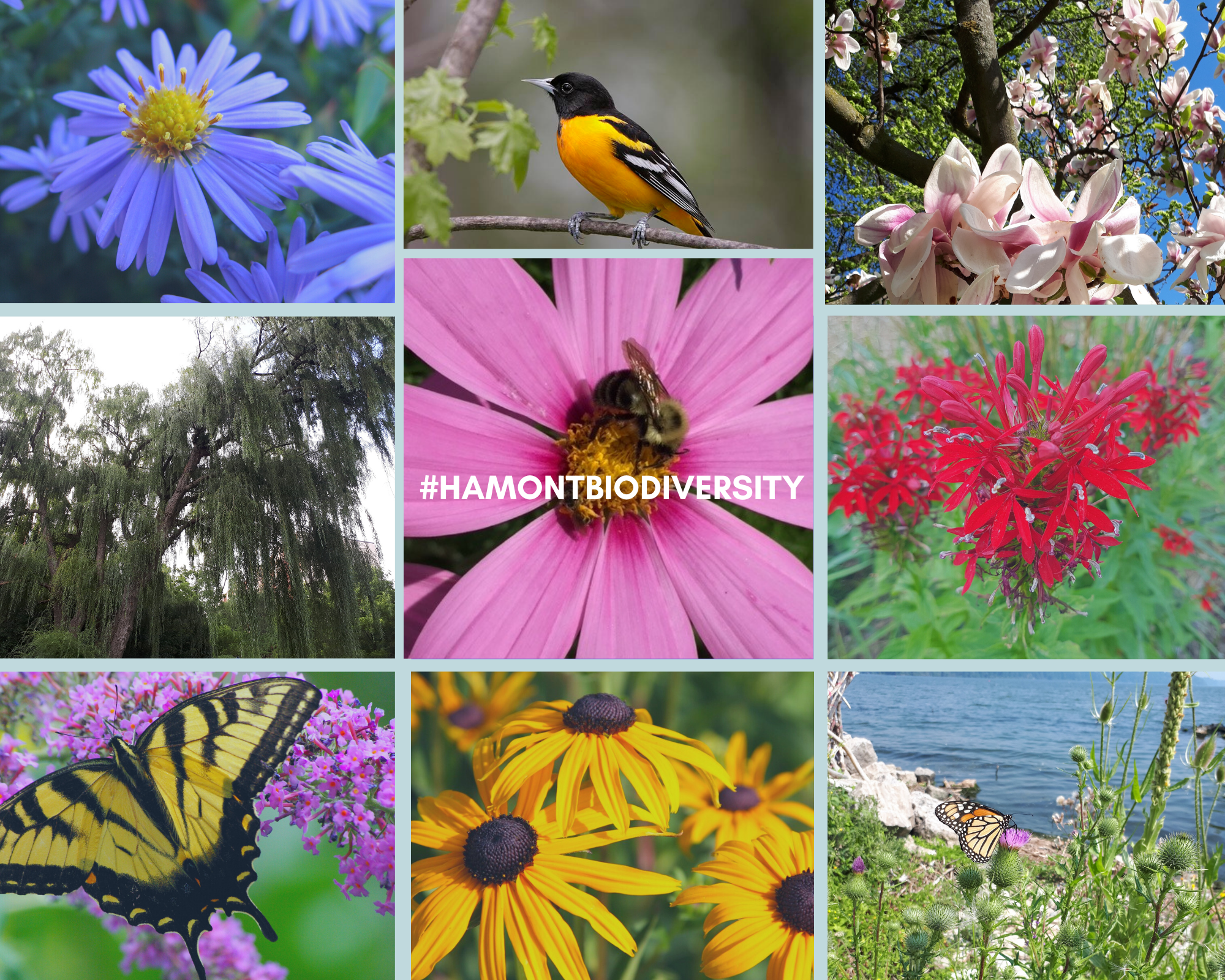 Nature in Hamilton is on the Decline

Alarmingly, along with the climate crisis, our planet is going through a biodiversity crisis. Animal and plant species around the world are going extinct at 1,000 times the natural rate as a result of human-caused factors, including habitat destruction and sprawl, overexploitation, invasive species, pollution and climate change.  In cities, where most of the world's population will live by 2050, it is critical that healthy biodiversity and near-urban nature be incorporated into urban planning and city-building. The City of Hamilton is no exception. Significant actions at the local level can benefit us at home while having a  provincial, national and international impact as well.  Cities like Toronto, Edmonton, Guelph, and Montreal and are leading the way with ambitious policies. Hamilton has begun implementing some policies that support urban biodiversity, such as the Urban Forest Strategy. However, we are very far from a protection and enhancement strategy. Hamilton needs a  community-developed Biodiversity Action Plan that guides our city's biodiversity conservation activities. We're on it!

Environment Hamilton and the Hamilton Naturalists' Club have been exploring what such a plan could look like since May, 2018. Such a plan includes working with community partners, residents, municipal staff, and councillors to improve and protect habitat and restoration through municipal policy.  To lead this discussion, we have a Biodiversity Working Group that comprises local conservation groups and City of Hamilton Public Works and Planning and Economic Development staff.

On February 19, 2020, the City’s General Issues Committee (GIC) passed a motion directing that City staff investigate the feasibility and resources required to develop a Biodiversity Action Plan (BAP), in collaboration with the conservation community and provide a report back with the findings.

​On April 7, 2021, the Planning Department presented the Biodiversity Action Plan Feasibility Framework to the GIC. It was approved! We are excited about the next steps. Thanks to all who wrote their Councillors, urging them to support a BAP for Hamilton!

CLICK HERE to learn more about the effort to create a Biodiversity Action Plan for Hamilton.
Do you like this page?