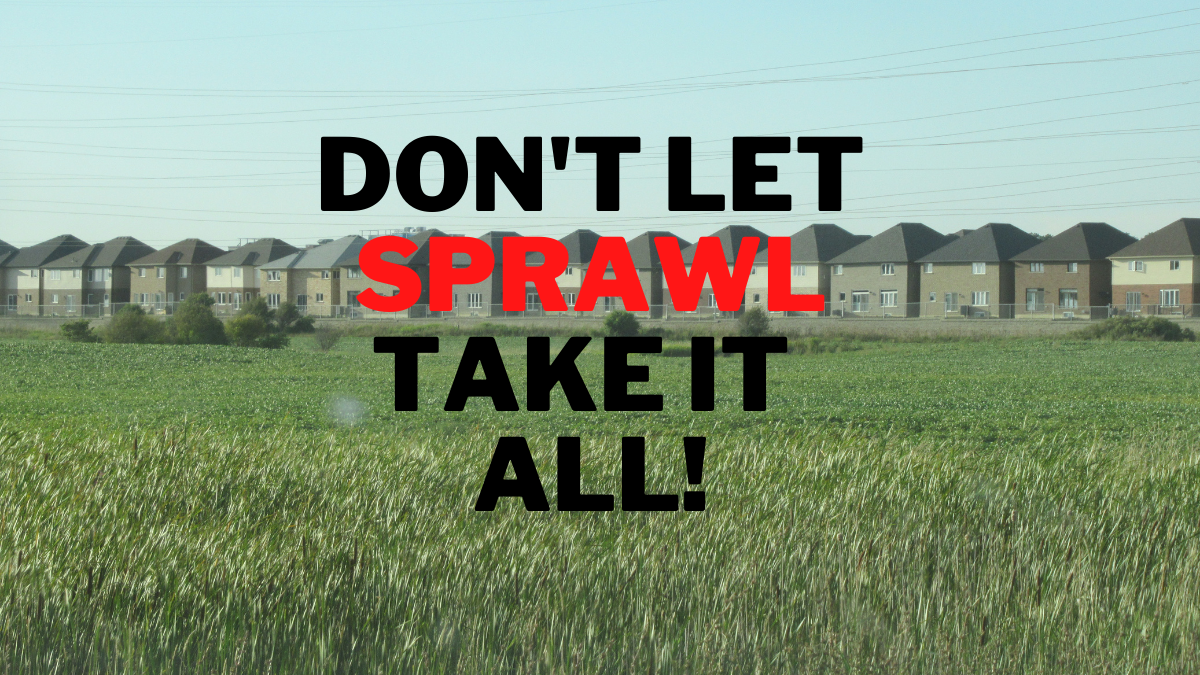 The physical form of a community has profound impacts on the ability of individuals to live, work and play in a manner that is sustainable, climate resilient and inclusive.  At the most fundamental level, cities that sprawl out over large geographic areas are generally cities with larger carbon footprints than more compact communities.

The resources below - including video recordings of workshops - provide helpful background information for anyone wanting to understand the challenges we are facing in Hamilton with urba growth management and city planner recommedations for how to deal with urban growth.

TAKE URGENT ACTION NOW!
RESPOND TO CITY GROWTH MANANGEMENT SURVEY BEFORE JULY 23rd!
The most urgent action you can take RIGHT NOW is to respond to the City of Hamilton's Urban Growth Management Survey.  Many Hamiltonians did not receive a copy of the survey in the mail so we are working, along
with the grassroots group Stop Sprawl HamOnt (see ssho.ca) to ensure Hamiltonians have the information they need to respond to the survey!

CLICK HERE to view the video of the recent workshp EH & SSHO held to help people respond to the survey.

CLICK HERE to access the 'ACTION SHEET' prepared for anyone wanting to delegate at the March 29th GIC.


Don't Let Sprawl Take It All!
EH Webinar on our Campaign for Hamilton City Council to FREEZE the Urban Boundary - held Feb 16th, 2021 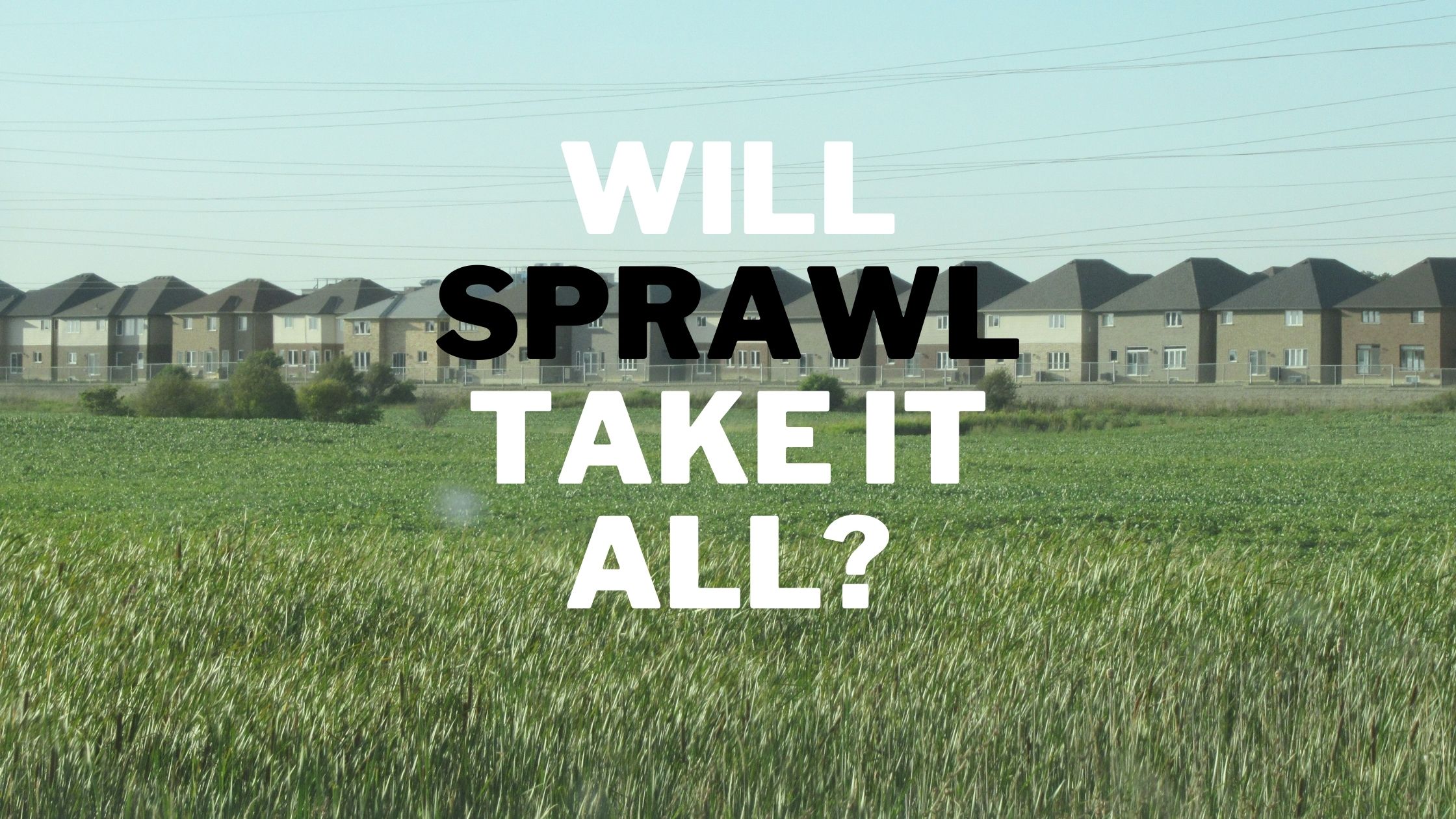 WILL SPRAWL TAKE IT ALL?
EH Webinar on the City of Hamilton's Draft Land Needs Assessment - held January 14th, 2021

Comment on the City of Hamilton’s Proposed ‘Evaluation Framework & Planning Criteria For Urban Expansion Into Hamilton’s Whitebelt and Greenbelt Areas’
Prepare and submit comments to City of Hamilton planning staff regarding the ‘Evaluation Framework & Planning Criteria’ they are proposing to use to assess any expansions of the urban boundary into Hamilton’s rural ‘whitebelt lands’ (the rural land wedged between Hamilton’s urban area and the provincial Greenbelt), and to assess potential expansions of urban Waterdown and Binbrook into the provincial Greenbelt.

SPEAK UP IN SUPPORT OF SECOND DWELLING UNITS (SDUs)!
Curbing urban sprawl means figuring out creative ways to accommodate more people within developed areas.  SDUs are one form of infill development best described as a form of 'gentle density'.   They include laneway and garden suites, and second units incorporated into existing homes - like the creation of a self-contained unit on the second floor of a home.

The City of Hamilton's Planning Division has been working to review residential zoning to promote SDUs.  Planning staff are presenting their SDU proposal to the city's Planning Committee on Tuesday, April 6th.   We are encouraging community members to speak out in support of SDUs.   We have created an Action Sheet to help you to prepare and submit comments to your councillor, or to prepare a delegation to the Planning Committee for April 6th.   Please note that the deadline to register to delegate is Thursday, April 1st at 12 noon.  Written submissions must be sent to the Clerk by 12 noon on April 2nd. 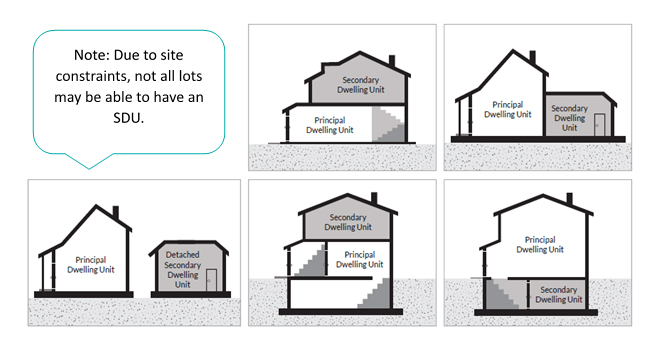 Environment Hamilton delegated at the meeting, raising fundamental concerns about past and current issues related to the process of expanding urban boundaries. CLICK HERE to read the full text of the comments delivered yesterday by EH ED Lynda Lukasik.

We argued that AT THE MOST FUNDAMENTAL LEVEL we can BLAME the Ford Government for harmful regional planning policy changes made over the last several years.  This provincial government is actively and aggressively dismantling the core policies in the Growth Plan For the Greater Golden Horseshoe – policies that were designed to CURB URBAN SPRAWL.   This is profoundly dangerous in light of the climate emergency we face – a threat that is aptly described as a looming tsunami.

But we also argued that it is also fair to say, in this instance, that the Ford Government alone is not to blame.   The application before Planning Committee yesterday was a reaction from a developer to a flawed municipal process that dates back to 2006.   It was then that council direction to staff was to make Elfrida the priority area for urban expansion - despite the fact that most of this area is prime agricultural land.

We have repeatedly called for Hamilton City Council to hit the reset button on Elfrida and undertake an assessment of If and WHERE we need to expand out as a city that involves proper consideration of all available methods (ie intensification) and locations.   We are now 14 years beyond that Council decision to prioritize Elfrida.   Hamilton City Council just declared a Climate Emergency.  They need to plan like our future depends on it - because it does!