Creating An Inclusive and Equitable GDS 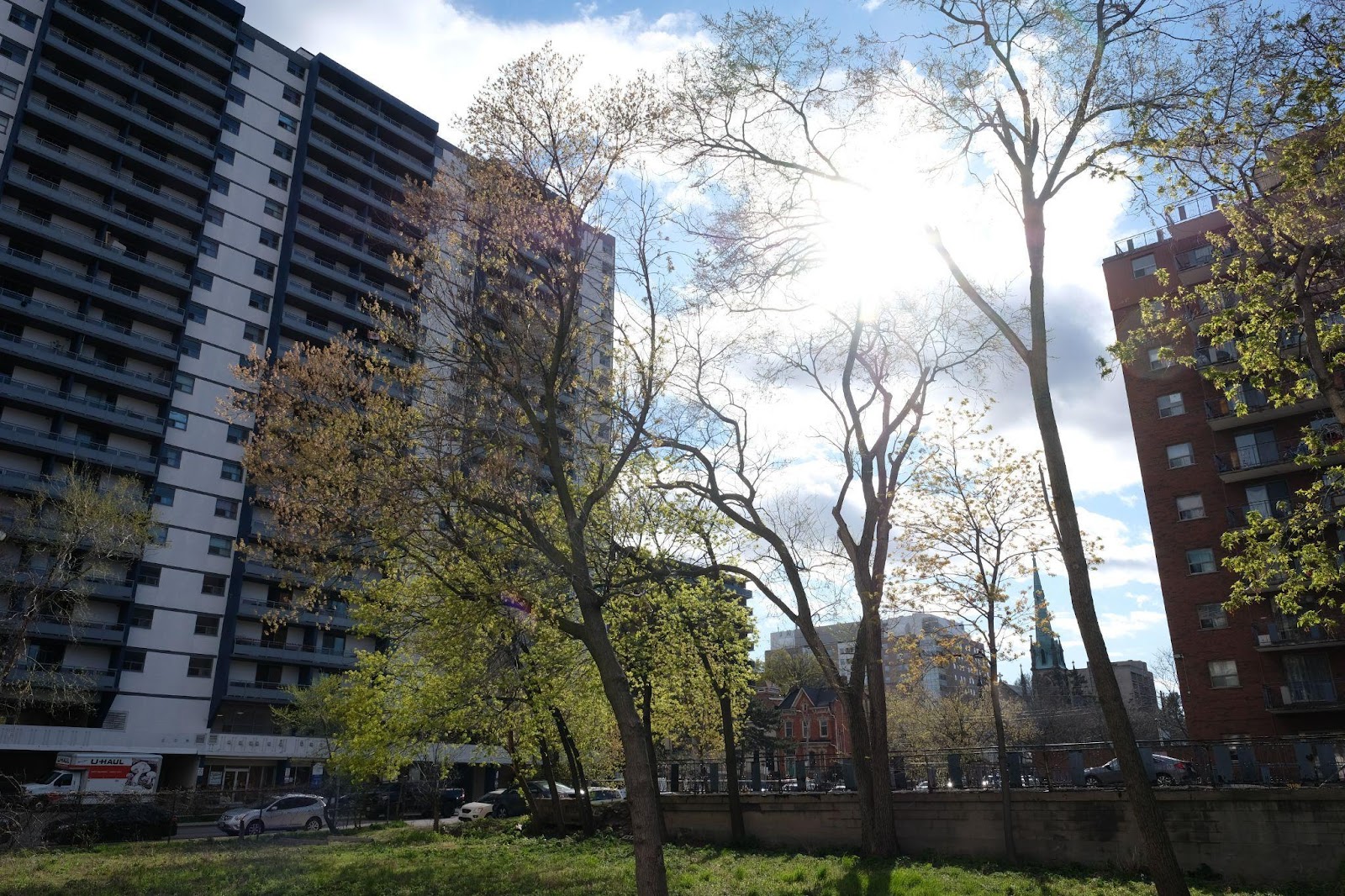 The CityLAB SIR team believes that a GDS policy for Hamilton should serve the interests of Hamiltonians. To ensure a policy is formulated and implemented through an EDI framework (equity, diversity, and inclusion), it is first important to consider what the challenges are of having a GDS policy in Hamilton.

While making our buildings resilient against the impacts of climate change is extremely important,  housing affordability concerns are valid and must be addressed. It is a common concern that GDS buildings will be more expensive since they have to meet standards that may rely on more expensive materials and equipment. As these materials and equipment become more utilized, it is likely these costs will also decrease. However, we know this won’t occur immediately, and costs of new developments will still increase1. How much this increase will be is also dependent on the type of features covered by the Green Development Standard and which are required or incentivized.

Although there are many ways in which GDS can be developed and applied, some are more environmentally and socially beneficial than others. For example, a voluntary approach to GDS, which mainly focuses on recognizing and praising developments that meet certain standards, does not do much for reducing emissions in a community. This can also be said about standards that allow for developers to pick and choose which sustainable metrics to implement off of a generated list, where the only requirement is to meet a threshold of standards. This can give too much freedom to developers, and can lead to  ‘green-washing’ of developments that really do not contribute much to reducing emissions and improving community connectedness. However, due to the lack of effort being made to inform and engage the public about GDS, any approaches that are currently being recommended are likely to favour what developers would like to see, and not the Hamiltonians who will live in and around new developments.

Although there are many ways in which GDS can be developed and applied, some are more environmentally and socially beneficial than others. For example, a voluntary approach to GDS is not as effective at reducing emissions in a community. In this approach, developers can pick and choose what sustainable metrics to implement in their design from a generated list as long as they satisfy the minimum threshold of standards. This allows the developers the freedom to choose metrics in their best interest which can lead to 'green washing', where developments do not contribute greatly to reducing emissions and improving community connectedness. Notably, due to the lack of effort to inform and engage the public about GDS in Hamilton, any approaches that are currently being recommended are likely to favour developer interests and not Hamiltonians who will live in and around these new developments.

Applying an EDI Framework to GDS

As the CityLAB student team became more aware of the challenges and barriers of creating GDS in Hamilton, it was clear that any GDS promotion in Hamilton must be inclusive. Hamiltonian’s needs must be at the forefront of a GDS policy. When the needs of the community are prioritized, the previously mentioned challenges can be tackled.

For example, while affordability is a concern due to potential increased development costs, actions can be taken to mitigate the cost incurred by renters and homeowners. The Town of Whitby outlines in its Green Standards metrics for improving stormwater management, waste management, energy efficiency, and interestingly, affordability. Affordability is listed as a metric under its principle of “Equity and Local Economy”2. Mandatory and voluntary affordability metrics in the Whitby Green Standards promote sustainable living that is more inclusive and accessible2. We believe Hamilton should adopt a similar standard when developing its GDS.